Encouragement and hope for the long haul 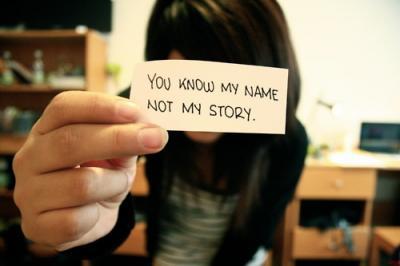 Why do I judge people? What is wrong with me? Who do I think I am anyway?

It seems like when people aren’t like us, or we see something we don’t necessarily like, we jump to a conclusion as to what they must be like. So we don’t get to know them, let alone don’t ask them their story or maybe we even ignore them altogether.

I know people that are literally changing the world, and I’m pretty sure you would walk by them, and not give them another thought. In fact, if you met them, that would be the last thing you would think…. That God chose them to change the world.

We tend to have such tunnel vision, appreciating people for what we are attracted to in them, or if their values are the same as ours, or if they laugh at the same things we laugh at, or if they like the same person running for president that we like (or dislike the same one we dislike!) What if they go to a different kind of church than I do?  What if they have tattoos? Maybe they even go hang out at pubs. Yikes.

If you were to meet Harry, you probably wouldn’t be impressed. Harry was a young adult that my husband and I knew a long time ago. He had short, bushy hair and funny teeth. He was over weight and had really bad BO. Let me just say that he didn’t have a lot of girlfriends either. But, he loved Jesus with abandon. One day he came to my husband (his pastor) and told him that he wanted to take Mark 10:21 literally. He felt like God told him to sell his business, sell all his “stuff” and move to Poland to start a church. Bill actually said, “Harry, are you sure you want to do that?” He wasn’t sure if he really knew what he was saying. But, he said yes. So, he sold his business and everything else he owned and moved to Poland shortly after that conversation. It was there that he met his wife and 30 years later, there is a movement of believers and churches that he birthed. God choses the unlikely, the ones that say yes, and empowers them to change the world. And they do.

I don’t want to ignore the Harrys. I don’t want to miss an opportunity to pour in to someone that I think might not appear to have what it takes to be used by Jesus. I don’t want to miss the opportunity to get to know and glean from the wisdom of someone just because they don’t seem very smart or are a little rough around the edges, or don’t have a hip wardrobe. I will miss out. Pretty sure Jesus chose some not-so-attractive, rough-around-the-edges guys to change the world. And I guess you could say that it sure was worth it. They definitely did.

Who do you have in your sphere of influence like Harry? Can you think of someone that you made a judgment about this week? Maybe you should take another look. Maybe you should stop and get to know them. Ask them their story. Maybe even have coffee with them. And who knows what kind of relationship could develop. It might be the beginning of someone changing the world. No matter what, “Harry” has a story, and he’s worth listening to. And you might be the one that’s changed.

To better our neighborhood through citizen action